An event to discuss possible / potential policies for the Plan was held in the village hall with residents, Urban Imprint (our consultants), the Working Group and Parish Councillors attending. We finalised the Plan’s vision and objectives and had five groups covering possible requirements for topics on business and leisure, environment, housing, transport and infrastructure, design and heritage from the data gathered at the first analysis consultation and the questionnaire results and started to correlate with the strategic plan of Charnwood. The data is being collated and we will hold a further meeting to review the results in March.

We have received and reviewed a document outlining policy titles generated during the February consultation. This will be issued shortly. The target of the working group is to complete and issue a draft plan to the village for consultation by the end of April.

We have secured funding for the remainder of the project. A meeting is to be held next week with our consultants to discuss the format of the draft plan. At the Annual Parish Meeting, May 16th, a short review and update will be given to the Parish residents.

At todays meeting we discussed draft policies and finalised the Vision and Objectives. An asset list was produced and we will review at the next meeting. Introductory chapters to the plan have been outlined. The aim is to produce a draft plan by the beginning of May for the Working group to review prior to distribution to the Parish, Charnwood and other adjacent parishes and other stakeholders.

A draft plan has now been produced. The Working Group has suggested amendments but it is anticipated that it will soon be ready for comment from residents and businesses.

Final changes to the draft plan have been agreed. The corrections are to made and the plan distributed to all residents, businesses and statutory bodies by July 28th, 2017. The consultation period for comments is to run from July 28th to September 22nd, 2017. On September 9th an event to discuss the plan with all interested will be held. Venue to be confirmed as soon as possible.

The draft plan has been printed and will be distributed next week. A feedback form for comments has been included and an invitation to an open meeting included. The open meeting will be held 9th September at the Village Hall between 10am and 2pm. The draft plan can also be seen and downloaded from the General Documents page of this site.

The Regulation 14 consultation period with residents, stakeholders and businesses will run from 28th July to 22 September,2017. It is your opportunity to request any modifications to the plan prior to submission to Charnwood Borough Council.

Draft plan has been distributed to all residences and businesses plus all mandatory bodies. It is early days yet but a number of positive responses have been received along with some suggested minor amendments from Charnwood, Melton, the Environmental Agency, residents and other mandatory bodies.

The open day was successful with a number of residents appearing at the Village hall and adding comments. All of which will be recorded and action taken if warranted. Many thanks to the East Goscote Scout Group for ensuring no one went hungry or thirsty.

Consultation period to run from January 2 to February 25 2018

Documents are with Independent examiner 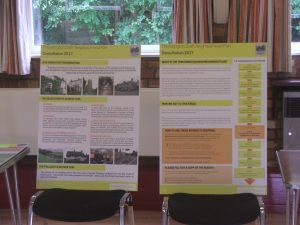 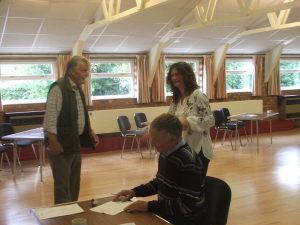 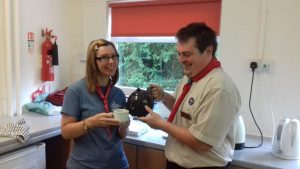 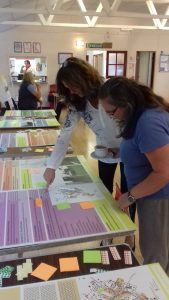