Welcome to this new website for the Thrussington Neighbourhood Plan 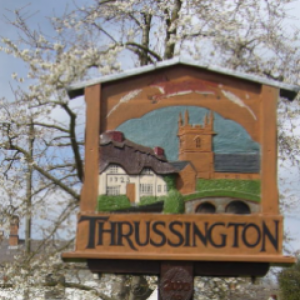 The Thrussington Neighbourhood Plan was voted for by a majority of residents on August 2nd, 2018 with a turnout of 31.3%. The plan is now “made” and will be formally adopted by Charnwood Borough Council on September 13th, 2018.

In 2015 and early 2016 the Parish Council asked for a group of volunteers to help safeguard the area we live in by producing a Neighbourhood Development Plan.  The Parish was designated as the area for the plan and was formally approved 27th April 2016. The Working group has since held a public consultation and launch event (July 2, 2016) for residents and businesses within the Parish. There was a good turnout and opinions were collected on a number of topics which led to the development of a questionnaire, issued September 2016. The analysis was used to develop policies for the Plan at an event held February 2017. A draft plan was produced and issued, July 2017, and the  parish consulted between 28th July and 22nd September, 2017.

Following revisions a document pack was prepared and submitted to Charnwood Borough Council in December, 2017 in accordance with the Neighbourhood Planning (General) regulations 2012 (as amended) for the purpose of consultation, examination ahead of it being “made” (adopted) as part of the local plan for the area.

Charnwood Borough has considered the plan against statutory requirements set out in paragraph 6 of Schedule 4B of the Town and Country Planning Act 1990 (as amended) and is satisfied that these have been met.

The Plan was formally consulted upon between Friday 12th January, 2018 and Sunday 25th February, 2018.

An independent examiner has been appointed by Charnwood Borough Council. He visited the Parish March 2018 and  forwarded his report 19/4/2018. He has confirmed that the Plan, once modified by his recommendations, should proceed to referendum. Modifications were completed and approved by Charnwood Borough Council 16th May, 2018. The completed plan is available on this website. Date for the public referendum was August 2nd, 2018 and referendum documents are linked below:

The purpose of this website is to keep everyone informed of our progress.